From the Finance Committee 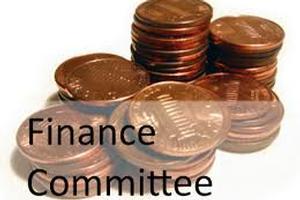 Three-quarters of the way through 2019

We have the budget results for January through September 2019, and theyâre remarkably close to what we budgeted for the first nine months of the year. Giving is at 98% of what was budgeted, and expenditures are 93% of the budgeted goal. The Bottom Line: Weâre in the black. The church staff, board of directors, and finance committee are working on the 2020 budget, and it will be presented to the congregation this month (probably November 24). The presentation will include the general budget and the budget devoted specifically for missions.

Weâre taking a leap of faith and incrementally increasing the percentage of general giving that we allocate to missions. As noted at the halfway point of this year, mission giving is less than budgeted, except for Naga, which has received more than its annual goal due to designated giving. And rather than the other missions being at 75% of their annual goals (9 of the 12 months now completed), they range from 56% to 71%.

Iâd like to thank the church for your continued support of the general budget, the missions that tug at your heart, and the courtyard project (commUNITY Park). Your generosity never ceases to amaze me.

2 Corinthians 9:7-9  "Each of you should give what you have decided in your heart to give, not reluctantly or under compulsion, for God loves a cheerful giver. And God is able to bless you abundantly, so that in all things at all times, having all that you need, you will abound in every good work. As it is written:

'They have freely scattered their gifts to the poor; their righteousness endures forever.'â