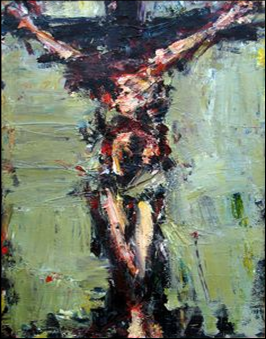 This journal has been provided to guide you through nine prayer stations that will take you through the last hours of Christâs life before His crucifixion, and His burial. Our prayer is that you will be humbled and deeply moved by your experience in the labyrinth. May God bless your time with Him as you come to a deeper understanding of the awful and beautiful sacrifice Jesus made for you.

As you move from station to station, you will find arrows to help direct you to the next station. You will also find numbers at each station to help guide you.

This guide contains suggestions for reflection and prayer activities at each station.

âJesus withdrew about a stoneâs throw beyond His disciples, knelt down and prayed, âFather, if you are willing, take this cup from me; yet not my will, but yours be done.â An angel from heaven appeared to Him and strengthened Him. And being in anguish, He prayed more earnestly, and his sweat was like drops of blood falling to the ground.â Luke 22: 41-44

In a beautiful setting Jesus spends His last night of freedom crying out to God. He knows the excruciatingly painful path that awaits Him. Yet He faithfully prays that His Fatherâs will be done. In this emotional prayer, Jesus commits Himself to obeying His Fatherâs will, despite the suffering it entails.

As you begin your prayer journey, sit for some moments to quiet your heart and mind. Just as Jesus committed to Godâs plan as He prayed in the garden, commit to what God has planned for you here today.

âWhile Jesus was still speaking a crowd came up, and the man who was called Judas, one of the Twelve, was leading them. He approached Jesus to kiss Him, but Jesus asked him, âJudas, are you betraying the Son of Man with a kiss?ââ Luke 22:47-48

Jesus was betrayed by one of His closest friends, given up to die for thirty silver pieces.

What are the worldly things that tempt you to stray from Godâs path for you (money, comfort, fun, status, pride, acceptance, etc.)? Reflect on your own price. Be honest with yourself and with God.

Station #3: I Am Barabbas

ââWhat crime has this man committed? I have found in him no grounds for the death penalty...â But the crowd insistently demanded that Jesus be crucified, and their shouts prevailed. So Pilate decided to grant their demand. He released the man who had been thrown into prison for insurrection and murder, the one they asked for, and surrendered Jesus to their will.â Luke 23:22-25

On certain festival days, the governor of Judea, Pontius Pilate, would release to the crowd whichever prisoner they wished. Three times Pilate declared that Jesus was innocent of any crimes, yet the religious leaders demanded He be condemned to die. We are told just as clearly that Barabbas was guilty of many crimes, yet he was set free.

As you reflect upon the scales of justice tipping in the wrong direction, take a piece of paper, write âI Am Guiltyâ and pin it to the board. Identify with Barabbas as someone who is guilty, but who was set free because Jesus willingly took your place.

Station #4: Take Up Your Cross

âAnd Jesus, bearing His cross, went out to a place called the Place of the Skull, which is called, in Hebrew, Golgotha.â John 19:17

Jesusâ commitment to us meant that He was willing to carry the cross to His death. His call to us is no less significant. We are to crucify our own sins and to put away all those things in our lives that get in the way of following God.

Now take one of the small crosses and begin the long walk to the cross that Jesus took. As you walk on His path, think about what Jesus must have felt.

âAnd they divided His garments and cast lots. And the people stood looking onâ¦. The soldiers also mocked Him, coming and offering Him sour wine, and saying, âIf You are the King of the Jews, save Yourself.â And an inscription also was written over Him in letters of Greek, Latin, and Hebrew:
THIS IS THE KING OF THE JEWS.â
Luke 23:34b-38

After all that Jesus had already suffered, He was stripped naked and continued to be ridiculed by those around Him. Reflect on these experiences now as you look the many ways Jesus was publicly humiliated.

Look at the objects of humiliation. Imagine the suffering that Jesus endured out of love for you.

âThen they crucified Himâ¦.â
Matthew 27:35a

Think about the nails that went through the hands and feet of Jesus. He was willing to go through this excruciating pain so that we wouldnât have to pay the price for our sins.

Take a piece of paper to write down your own sins and nail them to the cross. Ask for Godâs forgiveness and commit to leaving your sins on the cross, and not being burdened with them anymore.

âLater, Joseph of Arimathea asked Pilate for the body of Jesus. Now Joseph was a disciple of Jesus, but secretly, because he feared the Jewish leaders. With Pilateâs permission, he came and took the body away. He was accompanied by Nicodemus, the man who earlier had visited Jesus at night. Nicodemus brought a mixture of myrrh and aloes, about seventy-five pounds. Taking Jesusâ body, the two of them wrapped it, with the spices, in strips of linen. This was in accordance with Jewish burial customs.â
John 19: 38-39

Joseph and Nicodemus brought an extravagant amount of costly burial spices to take care of Jesusâ body â enough for over 100 burials. This was a sign of how much they honored and loved Him.

Dip the wooden stick into the spice mixture and anoint or smear the linen shroud, which represents the body of Christ, as a sign of your honor and love. As you leave, remember that you are the âaroma of Christ,â carrying the scent of His love and sacrifice everywhere you go.

Station #8: The Presence of God

âAt that moment the curtain of the temple was torn in two from top to bottom. The earth shook, the rocks split and the tombs broke open. The bodies of many holy people who had died were raised to life.â
Matthew 27:51-52

When Jesus died on the cross, the symbolic barrier (the temple curtain) between us and God , was torn in half. The curtain led to the Holy of Holies, an inner room in the temple where the presence of God resided. This torn curtain represents the way the very real barrier separating us from God has forever been removed by what Jesus did for us.

You are invited to spend time in Godâs presence here. Jesus was obedient in following Godâs will and He changed the world one heart at a time. How is God leading you to touch the world around you? Who in your life needs to hear the gospel? Write out your prayers then roll them up and place them in the prayer wall.

âThe Lord Jesus, on the night he was betrayed, took bread, and when he had given thanks, he broke it and said, âThis is my body, which is for you; do this in remembrance of me.â In the same way, after supper he took the cup, saying, âThis cup is the new covenant in my blood; do this, whenever you drink it, in remembrance of me.â For whenever you eat this bread and drink this cup, you proclaim the Lordâs death until he comes.â
1 Corinthians 11:23-16

As you reflect on your prayer journey, take the communion elements, and give thanks. Commit to spending this Easter season remembering Jesusâ body broken for you and His blood shed for you.

Thank you so much for joining us on this spiritual journey. We hope and pray that God has moved in your heart through this experience. The cross is not the end of Jesusâ Passion story; join us on Sunday morning to celebrate the power of the Resurrection!

Easter Morning
9:00am: Free pancake breakfast in the park
10:30am: Easter service in the sanctuary
12:00pm: Egg hunt in the park 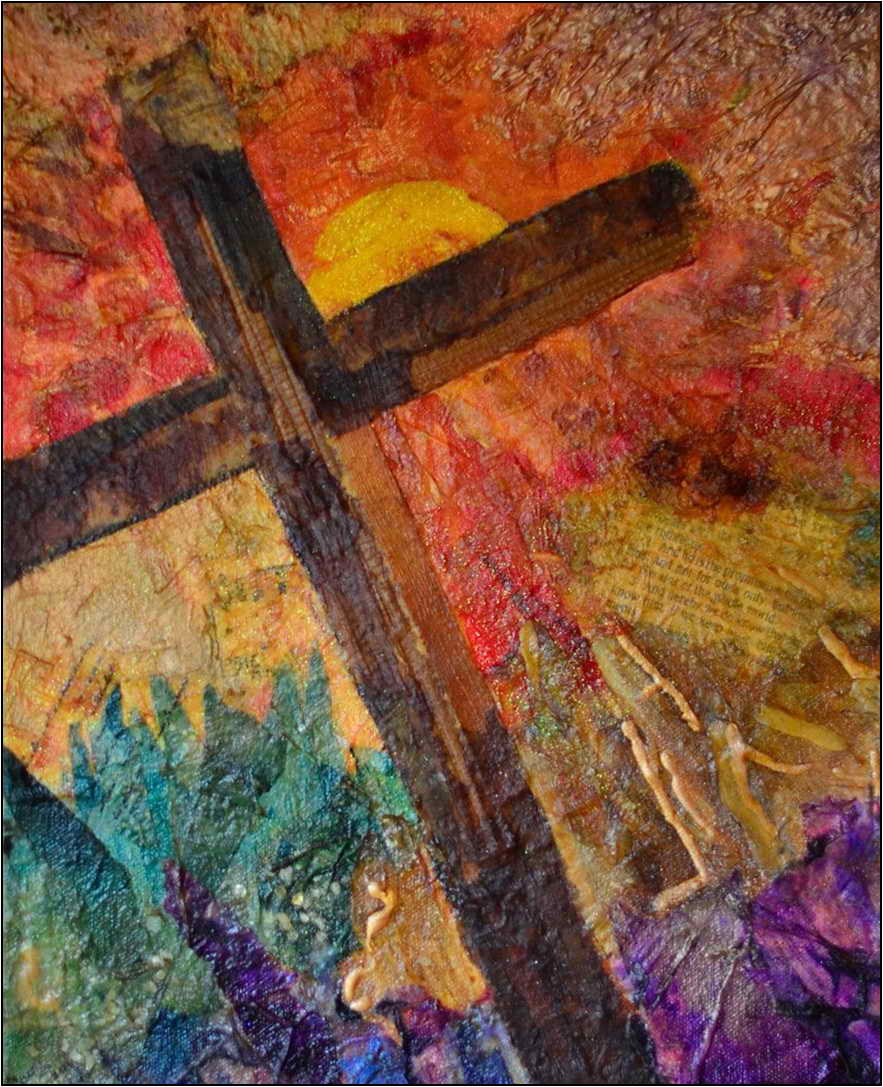