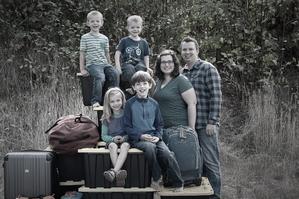 We have been in Congo for only a little over 3 weeks and enough has happened that I don't know where to begin.

It is hard to believe that we are done with airplanes for a while. Life in Kikongo has so far been quiet. We have begun meeting the university and church staffs, as well as the key players around Kikongo and the surrounding province. Our kids are probably the most popular kids in town and the number of other kids in our yard is quite large with the many village children who want to play with them. I think the first couple of days our kids were overwhelmed with the attention, but they have now settled into a routine of playing soccer, climbing trees and resting in the river away from the crowd.

The university is busily adding classrooms by renovating old buildings around Kikongo. The current project is to get 3 classrooms and 2 offices from what looks like an old milling building that is by any standards in ruins. But the Congolese are amazing at getting projects like these done.

We came by plane to the village, which took about 45 minutes, but we sent some supplies by truck, which took four days! It is not a super-long distance, but the "roads" are terribly rough, with holes that could swallow large trucks. 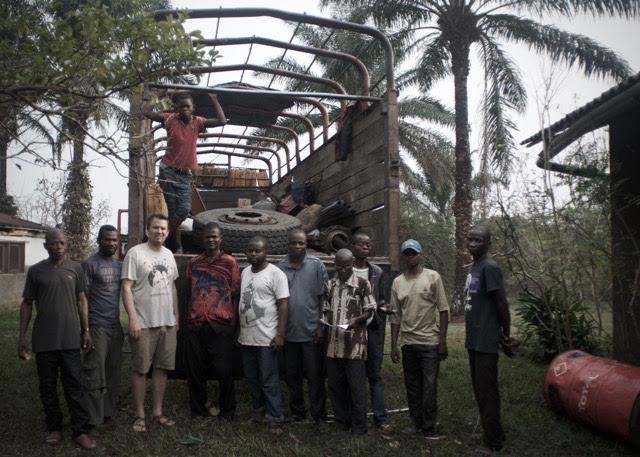 Mlembe mlembe is a Kituba expression meaning "little by little." In many ways it describes our lives here. Our ability to speak, cook, and clean are all coming little by little, but we rejoice that they are coming. Our relationships with local leaders and government officials are growing little by little. Our neighbors are slowly getting to know us as more than just the "Mundele" (white people/foreigners) at the end of the airstrip.

A few days ago I (Kyle) went with Glen Chapman on a 6-7 hour bike trip to Fatundu, the government post, to meet with the "Chef de Secteur." It is customary for new foreigners to meet with him, though there haven't been a lot of new foreigners in the area. This was a special occasion and we were received very well. A meal was given to us, including buffalo meat, a very rare treat.

I made the trip there without too much difficulty, but the way home was a bit of a different story. I brought plenty of water, but couldn't drink enough. My body is still not used to extreme exertion in the Congo heat. My legs locked with cramps in places I didn't know could cramp. Little grandmas, 40 years my senior, were passing me on foot as I rode my bike. It was mildly embarrassing, but that is one part I play: comic relief for the village. And yes, mlembe mlembe, I made it home.

Your co-workers in Christ,